As a child, I noticed that my parents dreaded bills. As a student, I noticed that my flatmates dreaded bills. As an adult, I still notice that people, whether rich or poor, dread bills. Like many of us, when we’re surrounded with a certain mindset, it becomes automatic to adopt it. It’s part of our natural desire to fit in. When I left home, I knew exactly how to respond to bills: I dreaded them. 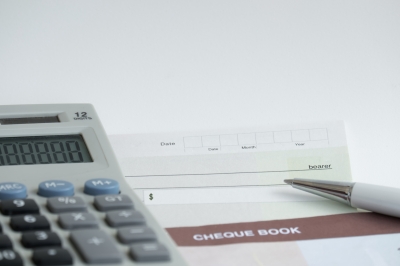 Why do we hate bills?

Bills hurt for a number of reasons:

How have I got over my bill-hate?

By following this approach, I better manage my own expectations. I have a rough idea of what I need to cover the month ahead and because I overestimate, I’m pleasantly surprised by the lower amount that I have to pay for a certain bill.

Planning my expenses for the month ahead manages my expectations. It reduces the shock factor of any bill that lands on my doormat.

When I speak to friends about how they’re planning for upcoming large expenses which are variable, I always push them to think about the largest amount that planned expense could be. Worst case scenario, what might you pay for that? The temptation is to underestimate the cost, but in doing so, you’re only going to feel worse. It’s surely better to expect a huge bill and be pleasantly surprised when the actual amount is lower. I also give myself plenty of time to get used to the idea of paying for something and become more conscious of any superfluous expenses that I can cut back on.

This approach can be applied to other situations. I recently had a friend visit who mainly uses his car to get around and, as a result, hardly walks anywhere. Given I’m in London, owning a car isn’t practical - it’s expensive, parking’s a nightmare and the public transport system is pretty awesome - all in all, I’m better off avoiding a car for transport. A great side effect is that walking is something that’s built in to my daily routine. I hardly notice how much I walk until someone comes to visit from a place where cars are the norm and they start complaining about how tired they are after 20 minutes of slow walking.

At the beginning of the weekend, I said, "This breakfast place is great as it has great food and it’s just 20 minutes walk away." What I didn’t realise is that the distance was 20 minutes walk away for me - a person who walks pretty much everywhere and does so quicker than Google maps estimates. For anyone who doesn’t walk regularly, we’re talking a potential 30 minutes plus. My friend was less than impressed. I hadn’t managed his expectations, so not only was he tired but he was frustrated at how much longer it took to arrive.

Learning from this, when I was dropping him off at the station, I told him that the station is about a 10- to 15-minute walk. Given he was carrying a heavy bag, I offered to share the load whilst we walked to the station. We could have taken a taxi, but we would have arrived in about 30 seconds. We walked there in about 8 minutes. I usually get to the station in under 5 minutes. I’d overestimated the time it’d take and when we arrived after 8 minutes, he was pleased and said, “That didn’t take as long as I thought it was going to.” He wasn’t annoyed that I’d massively overestimated the time it’d take to walk, he was pleasantly surprised that it took half the time. I was happy too because I could alleviate some of the guilt from earlier in the weekend when I hadn’t managed his expectations effectively.

Do you have 15 minutes today to plan for your bills for next month?

If you enjoyed this article, you may also like:

Image courtesy of Nussar at FreeDigitalPhotos.net.

How to Stop Keeping Up With the Joneses

Why do we sometimes feel bad when our friends do well? Natural selection. Evolution. Feeling inadequate when one of…

Track what you spend

In 2015, I ran my first personal finance workshop, “Let’s Talk About Money” to a group of individuals…